Joseph Hardy Neesima was born in 1843, in Joshu (presently Gunma Prefecture) at the residence of Annaka Domain in Edo. Living in Japan during its isolationist period, Neesima’s interest to go abroad increased because he had been studying Dutch since he was young. Being an avid reader of the Chinese translation of the Bible, Neesima left for America violating an overseas travel ban in 1864. Supported by Mr. and Mrs. Hardy, devoted Christians, who warmly accepted Neesima into their family as a “foster child,” Neesima studied at Phillips Academy, Amherst College, and Andover Theological Seminary deepening his knowledge on Christianity and education.

After Neesima returned to Japan in 1874, he met Kakuma Yamamoto, who was the counselor of Kyoto Prefecture at that time, also a brother of his future wife Yae. Together with Professor Davis, the three of them planned to build a school that would provide education based on Christian principles in Kyoto. On November 29, 1875, Doshisha Eigakko (English Academy) was established. 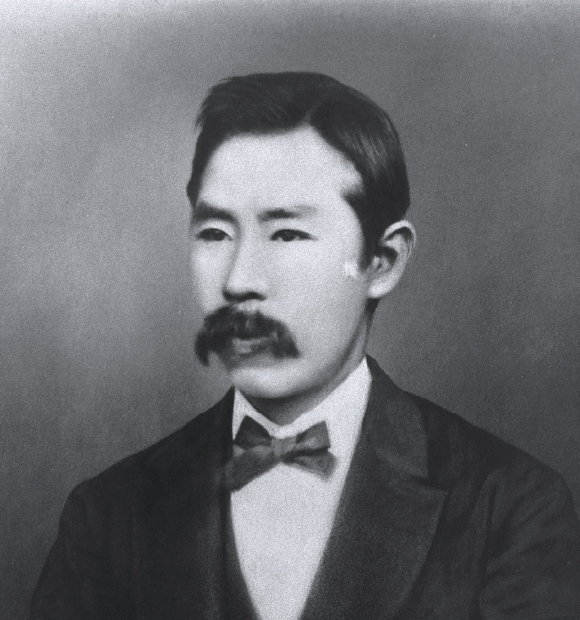 Neesima’s ambition and the establishment of Doshisha

The name “Doshisha” means “a community created by those who share the same aspirations.” Neesima devoted his life to nurturing students who value freedom, independence, and conscience through education based on Christian principles. Neesima’s commitment to educating pupils together with those who share the same ambition was what drove Neesima to pursue establishing a private university when most schools were government-controlled in Japan at that time. However, in 1890, at 47, illness took Neesima’s life and he was unable to see his dream take shape.

After Neesima’s death, colleagues, students, and supporters who sympathized with his mission carried out his will. Doshisha only started with 8 students and 2 teachers, and has grown to contain 2 universities, 4 junior and senior high schools, 2 elementary schools, 1 kindergarten, and 1 international school. The students who have graduated from Doshisha take active roles in various fields such as politics, economy, religion, education, agriculture, social science, and many more around the globe. 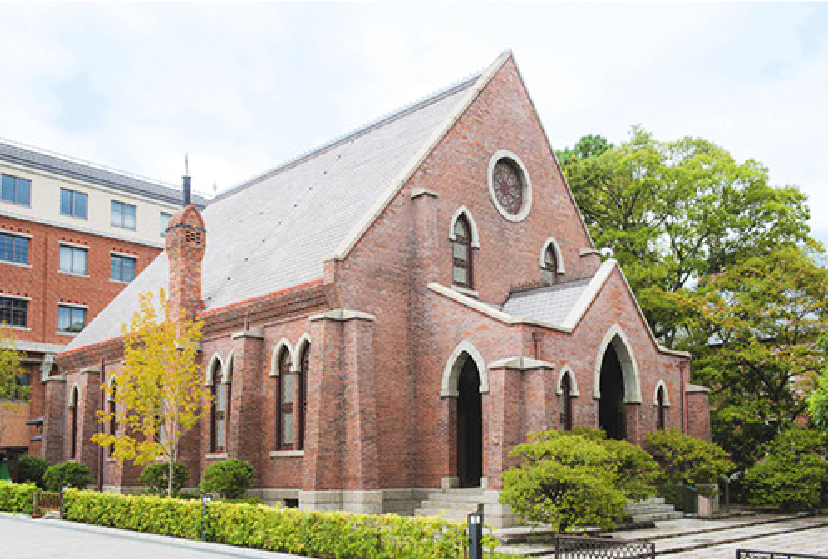 Emblem of Doshisha
The emblem is a stylized Assyrian letter representing a nation or a land, consisting of three triangles. It serves as a symbol of Doshisha’s educational philosophy, which seeks harmony between three elements of education: intellectual, moral, and physical education.